Traditionally, both salt and sugar are considered harmful substances (if consumed in excess) - bearing the name "white death". Excessive salt intake is usually associated with high blood pressure, and sugar cravings are associated with diabetes.

Recent research, however, shows that the mechanism of the effect of salt on hypertension has long been unclear - in particular, the relationship between salt intake and high blood pressure is less clear. In fact, an excess of sweets can provoke hypertension.

Table salt and sugar are similar in many ways - they are white liquid substances added to food during cooking. But this is only part of the picture. Most of the time, excess consumption does not come from pure food, but from ready-made foods and ultra-processed foods.

For example, fruit juices contain a significant amount of sugar, comparable to cola - about 20-25 g per glass, which is equivalent to 4 teaspoons. Among other things, salt is found in juice and soda - in the end it provokes thirst and makes you drink more sweet drinks.

This means that it is quite difficult to consider excess salt in the diet or excess sugar separately - they usually overlap, as we are talking about an excess of processed foods in general. In fact, you need to add excess calories, saturated fats and trans fats to the list.

In the case of salt, the daily value is 5 g (or 2.3 g in relation to sodium, the main active ingredient in salt). According to the Ministry of Health, however, Russians consume an average of about 12 grams of salt per day - almost 2.5 times more than is necessary for the body to function.

As for sugar, the recommendations for the maximum number depend on gender, age and level of activity. In addition, sugar is not a whole substance, but a mixture of glucose and fructose. Many carbohydrates (such as starch) are converted to glucose during digestion.

Most often, the upper limit for the use of added sugar is called 25-40 g per day - it is recommended to limit the total amount of carbohydrates in the diet to 30-40% of daily calorie intake (600-900 kcal or 150-225 g of carbohydrates, depending on the level of physical activity).

The effect of salt on the development of hypertension 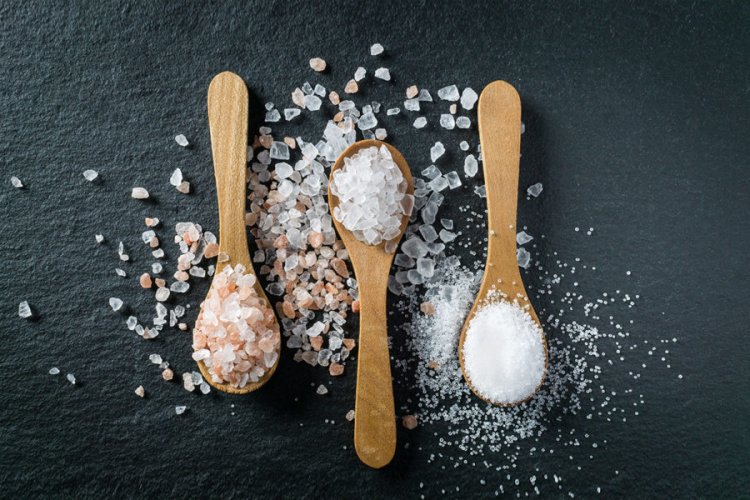 Insulin  is a protein hormone produced in the pancreas. Allows carbohydrates to be used for energy and also affects blood sugar - helps to avoid too high or too low values.

In practice, insulin increases the retention of sodium (the main component of table salt) in the kidneys - which increases fluid retention and in the long run provokes the development of hypertension2. Other factors (eg  insulin resistance  ) accelerate these processes.

How much does sugar hurt?

On the other hand, a large-scale analysis of the health status of almost 15,000 people showed that excessive consumption of added sugar was statistically associated with overweight, risk of developing abdominal obesity, type 2 diabetes - as well as hypertension and cardiovascular disease³.

The recommendations of the World Health Organization on the use of sugar are significantly stricter than many advice from nutritionists - WHO standards allow only 10% of daily calories in the form of sugar  4  .

Bottom line - which is worse?

Unfortunately, the question of what is more harmful, salt or sugar, does not take into account the big picture. Both substances are found in large quantities in  ultra-processed foods  that most people simply do not know about.

It is more correct to talk about common dietary mistakes (excess calories, fast carbohydrates and saturated fats, lack of fiber, vitamins and minerals), rather than the dangers of an ingredient.

But if we reduce it to a direct comparison of the harm to health, then sugar is definitely more harmful than salt.

It is generally accepted that salt raises blood pressure. Statistics do not trace such a link - however, they note that the cause of the development of hypertension is often an excess of sugar in the diet. And not in the form of white table sugar, but as an ingredient in snacks and ready-made products.

Benefits of Omega 3 you need to know

Frozen vegetables - a good or bad solution over fresh ones

What does glycemic load mean? Carbohydrate norms in diabetes

Proper nutrition - a list of products and menus during...

Obsessive overeating. What is it and how to deal with it?

Why do people gain weight even with diet - How to lose...