From the point of view of most people (and even some nutritionists), calculating calorie intake using the Harris-Benedict formula is the main step to losing weight. The logic is clear - the formula takes into account gender, height, weight and age, which seems enough to determine the body's energy needs.

However, not all are so simple. When trying to figure out calorie intake using an online calculator (or special application), it's important to maintain a comprehensive understanding of the subject - not just rely on an open random number calculated based on body parameters. 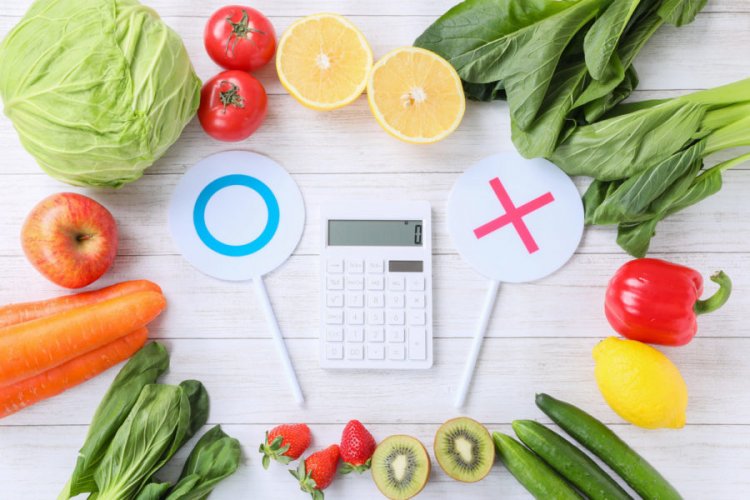 Harris-Benedict's formula is the first attempt in human history to assess the rate of metabolism of the body, as well as the factors associated with it. First of all, we are talking about the effect of body volume and levels of daily activity on total oxygen consumption.

The authors of the formula are the American chemist, physiologist and nutritionist Francis Gano Benedict, as well as the botanist James Arthur Harris. Their collaborative research work, Biometric Investigation of Basic Human Metabolism, was published by Carnegie University Press in 1919.

However, Harris and Benedict stressed that the formula is only suitable for normal people - assuming that the body weight is in the middle range. In fact, the study is based on an analysis of oxygen consumption in 250 adults and 100 children.

At the time of the formula's appearance (1919), such calculations seemed to be a fundamentally new angle of view on the functioning of the body. In particular, it turned out that body surface area is directly related to the amount of heat generated - and therefore the number of calories.

Remember that calories are a non-systemic unit that has been used since the 1820s to assess the quality of fossil fuels. The use of calories in the context of food energy capacity began in the 1890s, and tables of calories in food became widespread almost 100 years later.

Interestingly, Harris-Benedict's work generally does not mention the term "weight loss." The formula (more precisely the equation) was developed solely to estimate the baseline energy consumption of the average person at rest - and even without taking into account the level of activity.

The authors define their task as developing standards for further research. The book they published is not at all a recommendation for maintenance or weight loss, but a detailed description of the method by which they were able to determine the mechanics of calculating basal metabolism.

At the time of publishing the formula, there were no tables of calories in food - as well as the understanding of "proper nutrition". The first vitamin was discovered only 4 years earlier.

Among other things, the idea that exercise burns calories (and therefore helps you lose weight) only spread after the 1950s. Before, dieting meant resting and restricting movement.

Modern research shows that a very small energy deficit is enough for weight loss - about 300 kcal. According to a two-year follow-up of 143 adult men and women, limiting the daily menu to such a small number has led to a loss of 8 kg of excess weight.

The paradox of the situation, however, is that even a refined version of the Harris-Benedict formula, modified in 1984, says that "with a 95% probability, a certain caloric norm will fit within the error of ± 213 kcal / day for men and ± 201 kcal / day for women ".

In simple words, the calculation of the caloric norm for weight loss, even according to the updated version of the Harris-Benedict formula, includes an error comparable to the number of caloric deficit sufficient for weight loss.

In conclusion, we recall that Harris-Benedict's calculations did not take into account overweight people - and especially those with severe obesity or  metabolic syndrome  .

In this case, trying to determine calorie intake for weight loss based on statistical formulas that have existed for more than 100 years can yield very disastrous results.

But unfortunately a huge number of online services and applications still use the Harris-Benedict formula - without knowing or warning about existing reservations.

The Harris-Benedict formula (more precisely, the equation) is a standard developed more than 100 years ago to determine basic human energy needs. However, it is a mistake to use this formula when calculating calorie intake for weight loss - especially in the presence of obesity or metabolic syndrome.

How to deal with a constant feeling of hunger: advice from a psychologist and nutritionist

How to quench your thirst? The best drinks for hot weather

Vegetable oil - which is better? Benefits and harms, species...

How does a vegetarian diet affect cholesterol?

The keto diet - who is it for? Benefits and harms, dangers...

Autophagy and starvation - what are its benefits?

Carbohydrates for weight loss - should you exclude them?...