Serotonin - what is it and how to increase it?

In fact, the goal of most antidepressants is to temporarily increase serotonin. However, this is not the only way to achieve it, an increase in serotonin is possible without the use of drugs.

Causes and consequences of low serotonin 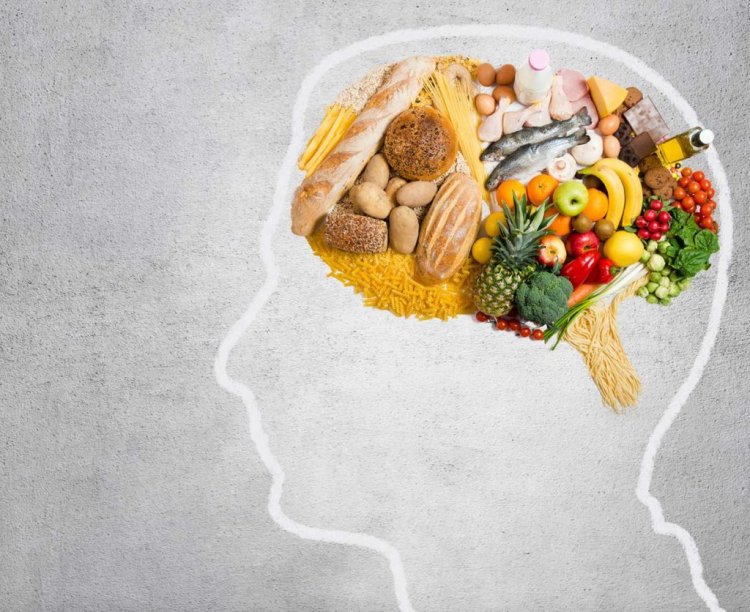 Determining the causes that lower this hormone and what foods affect it is the key to raising its levels.

This is because serotonin synthesis decreases as cortisol production   increases. In other words, there are hormones that work the other way around.

The main consequences of low serotonin levels are: increased aggression, sudden mood swings and difficulties in communication. This is explained by the increase in the activity of the frontal area of ​​the cortex. (3)

According to Elena Bayksauli, a renowned psychologist at the University of Valencia, the lack of human relationships and understanding of the world around us is one of the main causes of low serotonin and  oxytocin  .

As a solution, it offers not only maintaining a continuous and lasting physical and mental attraction to another person. But try to answer the question: What is the meaning of life?

According to Baixaulli, expanding the understanding of how our brain works and combining it with a strong emotional connection can significantly increase serotonin.

This obviously excludes the activity of the amygdala, the part of the brain associated with negative emotions such as fear. (3)

Scientists formulate it in a more practical way: they naturally increase serotonin, with an emphasis on food. What do they say?

According to scientists,  tryptophan foods  are the key to increasing serotonin. (4) (6) (7). When tryptophan is not present in the body, it cannot synthesize the hormone.

Before eating foods with tryptophan, you should know that they are effective in regulating serotonin levels when their levels are low. Do not increase them when they are normal.

The recommended daily intake of tryptophan is about 250 mg per day per person, although up to 6 grams can be used to increase serotonin.

In a study published in the Journal of Psychopharmacology (5), results of up to 40% in serotonin elevations were reported with the addition of tryptophan mice.

As well as significant values ​​(26%) were recorded in the supply of tryptophan to animals after high doses of MDMA.

Although the study suggests further progress in knowing the relationship between foods and tryptophan supplements to increase serotonin.

Scientists suggest the use of  hydrolyzed tryptophan  as a possible solution and alternative to psychotropic drugs. In particular as a treatment for post-depression after the use of symptomatic drugs such as ecstasy.

There is a myth that chocolate is able to increase serotonin. What does the research say?

A study published in the JAMA network (8) indicates that some  types of chocolate  are able to indirectly increase serotonin.

The researchers explain that the combination of carbohydrates with tryptophan causes the concentration of this amino acid to enter the brain and stimulate the instantaneous production of this hormone.

In contrast, a study in the Journal of Affective Disorders (7) states that the effects of chocolate consumption on increasing serotonin are short-lived. According to them, when chocolate is consumed as a method of treating psychological disorders, there is a better chance of prolonging the habit than of stopping the symptoms of depression.

In short, eating chocolate is able to instantly increase serotonin without regulating it permanently. The principle works when there are no foods with tryptophan in the diet.

Although this is a good strategy when going through a temporary emotional situation, it should not be seen as a solution to the problem.

Most pharmaceutical drugs work by regulating the mechanisms of serotonin and norepinephrine synthesis  . Although they are effective and can quickly increase serotonin, they often have a long list of side effects.

The search for natural supplements to replace them has been raised by some scientists as a good strategy to increase natural serotonin.

In addition to fewer side effects, herbal and herbal medicines tend to have a lower price, thus gaining a foothold in the market.

It has been confirmed that some medicinal plants such as silymarin can significantly increase serotonin. (two)

Apparently, some compounds present in silymarin interact with serotonin receptors. For this reason, they are effective in enlarging and regulating this molecule.

The bad news: Serotonin-boosting treatments with herbs like silymarin have synergistic effects with some types of antibiotics. (two)

In summary, it is true that there are natural treatments to increase serotonin without synthetic drugs, silymarin is one of them. However, it is important to know that all treatments (natural or not) must be performed under the supervision of a professional. It is especially dangerous to self-medicate when it comes to mental health.

Lack of vitamins and low serotonin

Vitamin deficiency is directly related to low serotonin levels. The vitamins that affect mood the most are vitamin D and B vitamins. For example, vitamin B3, for example, is essential for the synthesis of serotonin and  melatonin  .

Vitamin D is one of the  main  fat-soluble nutrients that the body produces along with the effect of UV rays. Consumption of vitamin D in capsules is recommended for those people who live in areas where the days with a sunny season are counted in winter.

Lack of  vitamin D  is common during the cold seasons. In fact, it is one of the leading causes of eating depression. Lack of this vitamin weakens the  immune system  and accelerates the reproduction of cancer cells  . (1) The  incorporation of vitamin D through food is essential for the natural increase of serotonin.

Serotonin plays a major role in regulating body weight. In fact, the direct link between serotonin levels and the desire to eat has been confirmed for more than 30 years. (4) A fact that explains why drugs that stimulate the release of serotonin (such as MDMA) cause a person to lose interest in food.

Recent studies have found specific receptors associated with appetite and serotonin weight gain. (4,5) Such studies are not yet clear on how to increase serotonin to regulate body weight. However, they say it is necessary to state that tryptophan foods should not be missing from the diet.

How long do proteins last? - times after standby, open and expired

Heart rate monitors, which one is right for me?

Leptin - What is its function and how to regulate it?

3 steps for a better life. Let's beat the objections!

Common myths about psychotherapy, what you need to know...

Turmeric water: benefits, reviews, how to drink for weight...