Ginger tea is a traditional folk remedy for relieving cold symptoms. Hot tea with lemon and honey has a warming and expectorant effect (effective for the treatment of cough), and also has mild antimicrobial properties - helps fight inflammation in the body.

In turn, Ayurveda (Indian doctrine of health and yoga) considers ginger tea as a means of speeding up metabolism - and modern scientific research confirms its effect on blood sugar levels. Is Ginger Tea Really Good For Weight Loss? 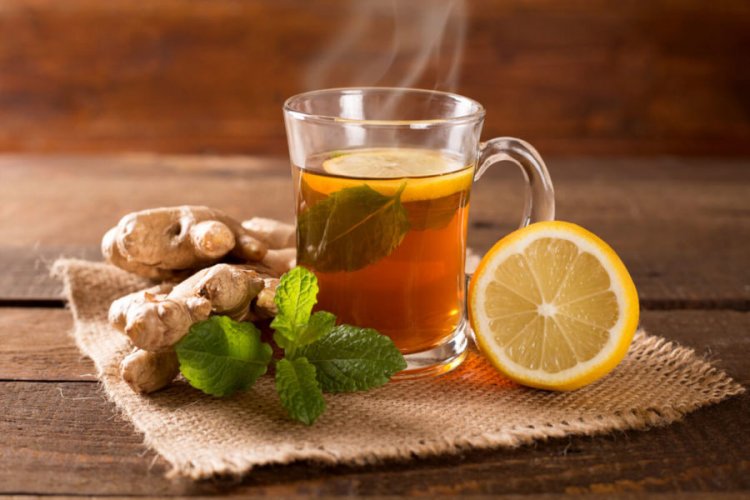 Ginger is a perennial herb with a root, known for its beneficial properties. Ginger is believed to be one of the first spices brought to Europe from Asia. Ginger tea was used to treat diseases in both ancient Greece and medieval Europe.

Since plant ginger (  zingiber officinale  ) belongs to the same botanical group as turmeric, they have similar properties and are used in a similar way. In particular, fresh ginger can be used as a spice to add to meat dishes, salads and soups.

Contraindications to ginger tea include chronic diseases such as diabetes and high blood pressure. Also, because ginger slows blood clotting and increases the risk of internal bleeding, it should not be used for ulcers, gastritis and hemorrhoids.

How do we cook correctly?

Keep in mind that it is better to use fresh root to make ginger tea - in the case of using dry powder, the effectiveness decreases. To brew a liter of tea, you need 10-15 g of finely chopped (or grated) ginger.

There are two methods of preparation - in a saucepan and in a thermos. When using a saucepan, the water is first boiled, then ginger is added to it - and boiled for 5-10 minutes; finally, after removing from the heat, spices are added. When brewed in a thermos, first make tea in boiling water, then add spices. 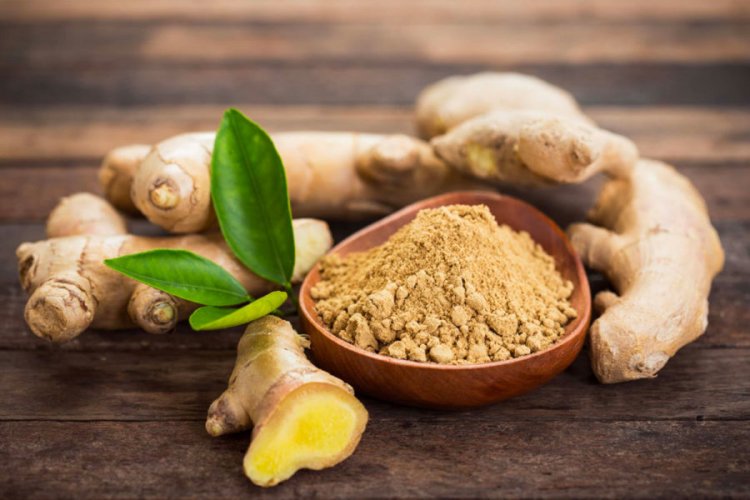 Above all, research shows that ginger (and ginger tea) can help fight micro-inflammatory lesions in the body, reduce menstrual pain and relieve muscle stiffness after exercise - speeding up muscle recovery.

As for ground ginger, in doses of 1-3 g it is able to relieve symptoms of nausea - both during pregnancy and during seasickness and even chemotherapy. However, it is important to remember that ginger tea is not suitable for all pregnant women - and it is best to consult your doctor.

Ginger is traditionally believed to be an aphrodisiac that can increase male potency. Unfortunately, this statement is not supported by science. There is only one study showing the effect of ginger tea on raising testosterone levels and improving sperm quality.

As the above study was conducted in Iraq (one of the largest producers of ginger), infertile men were studied and the dose and frequency of use were not disclosed - it is difficult to consider reliable.

In animal studies, ginger consumption has been shown to significantly reduce blood sugar and insulin levels (up to 35%). In theory, this may indicate the benefits of ginger tea for weight loss. However, studies in humans have not shown a similar result and the effect on the body has been minimal.

However, ginger can reduce appetite and increase the heat effect of food. In fact, hot ginger tea can be good for fighting hunger - but it can't be said that ginger itself can help you lose weight or speed up the burning of body fat.

In addition, to lose weight you should drink ginger tea without honey or other sweeteners - they raise blood sugar levels and provoke a feeling of hunger. In addition, you should remember about the presence of contraindications - such as high blood pressure.

Ginger tea is a traditional folk remedy for colds and coughs. In addition, this tea can be used for weight loss - but not to burn calories, but to fight hunger. However, it is important to remember that ginger tea has contraindications - it thins the blood and raises blood pressure.

Top 10 foods to improve memory and revitalize the brain

Smoothie - what is it and what is the benefit? Easy recipes!

Caesar salad with oysters and capers - a vegetarian recipe

Slimming juices: recipes and what you can drink

Chocolate souffle - a recipe without sugar