Fonio is a new-fangled supergrain from West Africa. It has been consumed by the peoples of Nigeria, Guinea and Burkina Faso for more than 5,000 years. A relative of millet and rice, it contains no gluten and is an excellent source of nutrients.

As foni is one of the fastest growing cereals, does not need extensive watering and can grow in sandy and mineral-poor soils, interest in this crop has increased significantly in recent years - and will continue to grow in the future. .

Fonio are grains of the crabgrass plant (Digitária), which is a member of the millet family and is a close relative of millet and rice. The crabgrass plant itself is an annual or perennial herb with a height of up to 80 cm. The habitat is tropical and subtropical areas.

There are three main classes of phonias - with grains of white, black and purple. White variation is the most common. Since the rate of maturation of phonias is 70-90 days, this makes the plant one of the fastest growing crops.

The grain is similar to quinoa in its properties, although it has a higher protein content. In addition, since phonio is most commonly used in conjunction with the cereal (ie, it is a whole grain cereal), all vitamins and minerals are retained in the composition.

Why did I first hear about this cereal?

Currently, mainly due to global climate change and declining rainfall, African countries are increasing the production of this cereal. The Food and Agriculture Organization of the United Nations (FAO) has identified phonio as a priority crop.

Phonio was traditionally considered the food of the poor, and one of the names could even be translated as "hungry rice." Fast-growing cereals are mainly used in the lean years - in addition, fonio is much less demanding of watering and can be grown on sandy soil.

Fonio is considered to be the leader in calcium content among other cereals. This makes cereals an excellent source of an important bone mineral - especially for those who do not consume milk and dairy products (such as vegans or people with lactose intolerance).

The fiber content is 2 times higher than that of  brown rice  . Among other things, fonio is low in cholesterol, sodium and fat - an example of a healthy diet.

Phonio contains minerals such as iron, copper, zinc and magnesium.

Iron and copper help form red blood cells, connective tissue and blood cells, while zinc plays an important role in immune function, protein synthesis and growth and cell division. Magnesium contributes to many biochemical reactions and is essential for movement.

Although phonio contains significant amounts of carbohydrates, in African countries, doctors sometimes recommend its use in the diet of diabetics and people with insulin resistance, as it can help maintain metabolic health.

In fact, fonio contains persistent starch, a type of carbohydrate that cannot be fully absorbed and absorbed in the small intestine. Persistent starches have many health benefits and can play a role in increasing insulin sensitivity and lowering blood sugar levels.

The phonio glycemic index is lower than that of some cereals (eg brown rice).

How to cook properly? 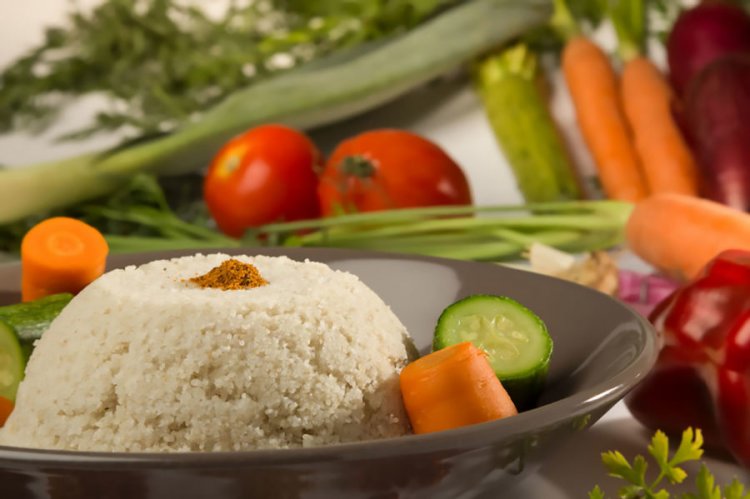 When it comes to food use, phonio is extremely versatile. In cooked form, the cereal is characterized by an earthy taste, but easily absorbs the aromas of vegetables and meat with which the dish is prepared.

In West Africa, couscous is traditionally prepared with fonio, as well as porridge and added to beverages. Like other cereals, it can be ground into flour and used in baked goods.

Feel free to experiment. Fonio can be used in all kinds of recipes instead of rice, couscous, millet, sorghum, quinoa or barley. It can also be added to soups, stews and other hot dishes.

Fonio is an African cereal that can ripen in just a few weeks, undemanding to watering and soil mineral composition. Its nutritional profile is similar to that of quinoa - but it contains more protein and calcium.

What foods can and cannot be heated in the microwave?

How to accept criticism - and how to react to it properly? Featured

Gluten - what is it and how dangerous is it? Where it contains...

Vegetable milk - what is it and what happens? Advantages...

Carbohydrates in a healthy diet - daily supplements and...